As CPH begins to wrap up the fiscal year, we want to take a moment to recognize the recipient of the 2022 Warren Nord Distinguished Service Award for outstanding contributions to the CPH mission and programs, Paul Bonnici. You’re one of CPH’s most valuable players; congrats and thank you! 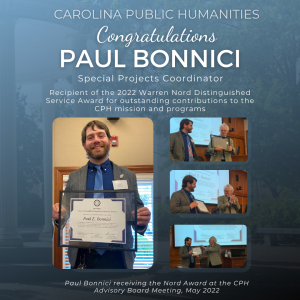