Understanding that educators still need access to quality continuing education in North Carolina history, even during the time of COVID-19, the North Caroliniana Society and Carolina K-12 launched a virtual education series in the fall of 2020. These 1-2 hour online events elevate aspects of North Carolina’s history, people, events, culture, and more, while featuring prominent scholars, artists, authors, educators, and other professionals.

While the Triangle Shirtwaist Factory fire is known as one of the most infamous incidents in American industrial, less attention has been paid to the September 3, 1991 fire that swept through an Imperial Foods chicken processing plant in Hamlet, North Carolina – in which 25 of the 81 working died, and twice as many were injured. The plant had no working sprinklers or alarms, and the emergency exits were locked from the outside. In this episode of the “William Friday Virtual Education Series: Carolina Voices,” scholars David Zonderman and Joanna Sierks Smith will use this recent event in North Carolina history to discuss how deregulation, the demand for cheap labor and cheap goods, and cultures of silence and intimidation in low-wage employment environments illustrate a pattern of depreciating workers’ lives in prioritization of the notion of “cheap” in American society. We will also be joined by playwright Howard Craft, author of the acclaimed play Orange Light, which poignantly focused on the human stories involved and impacted by the plant fire and the working conditions experienced beforehand, reminding us as history teachers of the importance of empathy and humanization. 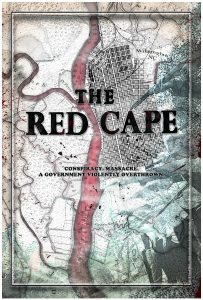 The year is 1898; the place, Wilmington, NC. A young black child named Willie and his tenacious father, Monroe, struggle to survive against the mounting white supremacy campaign led by the silver-tongued orator, Alfred Waddell.  Waddell seeks to disenfranchise the prosperous black community and overthrow the city’s biracial leadership. And though the insurrection and massacre the film portrays may seem like it could have been created by a team of dramatic Hollywood imaginations, it is actually based upon the very real events of the 1898 Wilmington coup and massacre – the only proven violent overthrow of a government in United States history.

This program includes a panel discussion addressing the film, the historical truths it is based upon, and why it is imperative to face this history in our classrooms.