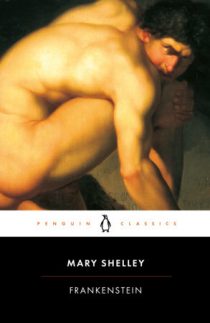 A masterpiece of suspense, a classic of nineteenth-century Romanticism and Gothic horror, and the prototype of the science fiction novel

—More than 200 years after it was first published, Mary Shelley’s Frankenstein has stood the test of time as a gothic masterpiece—a classic work of horror that blurs the line between man and monster. —Bantam Classics

—Frankenstein is four stories in one: an allegory, a fable, an epistolary novel, and an autobiography, a chaos of literary fertility that left its very young author at pains to explain her hideous progeny. Because Shelley was readily taken as a vessel for other people’s ideas, her novel has accreted wildly irreconcilable readings. —The New Yorker

—A novel of almost hallucinatory intensity, Mary Shelley’s Frankenstein represents one of the most striking flowerings of the Romantic imagination. —Signet Classics

—Frankenstein is one of the great novels of failure, taking its place somewhere between Cervantes’s rambling 17th-century masterpiece, Don Quixote, and Hemingway’s 1952 novella, The Old Man and the Sea. In both these books, though, failure is viewed with compassion, in the context of human dignity and ideals. Frankenstein, on the other hand, portrays it as the destructive result of overreaching. Frankenstein shows us how failure and hubris are two sides of the same coin. —The Guardian

—A devastating exploration of the limits of human creativity. —Penguin Random House