Poems by W. B. Yeats 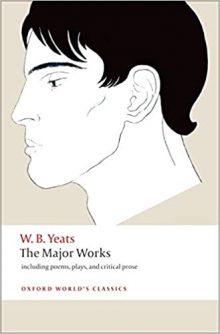 **This Great Books class will be held virtually over Zoom**

The first Irish writer to win the Nobel Prize for Literature

—W. B. Yeats was not only Ireland’s greatest poet but one of the most influential voices in world literature in the twentieth century. His extraordinary work, in the words of Seamus Heaney, encourages us “to be more resolutely and abundantly alive, whatever the conditions.” —Faber & Faber Publishers

—His career spanned five decades, earning him the Nobel Prize in Literature in 1923, and he is widely regarded as the finest English-language poet of the twentieth century. —Dover Publications

—Appointed a senator of the Irish Free State in 1922, he is remembered as an important cultural leader, as a major playwright (he was one of the founders of the famous Abbey Theatre in Dublin), and as one of the very greatest poets—in any language—of the century. —poets.org

—“One of those few whose history is the history of their own time, who are part of the consciousness of an age which cannot be understood without them.”—T. S. Elliott