The Clouds and The Birds by Aristophanes 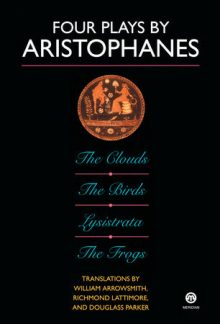 If an event is marked *Sold Out* – email human@unc.edu with your First & Last name, and phone number to be added to the waitlist

“Whether his target is the war between the sexes or his fellow playwright Euripides, Aristophanes is the most important Greek comic dramatist—and one of the greatest comic playwrights of all time. His writing—at once bawdy and delicate—brilliantly fuses serious political satire with pyrotechnical bombast, establishing the tradition of comedy as high art. His messages are as timely and relevant today as they were in ancient Greece, and his plays still provoke laughter—and thought.”—Penguin Random House

“The Birds has long been hailed as one of the finest masterpieces written by Aristophanes, the greatest of all classical Athenian comic dramatists. First performed in 414 BC, at the height of the Peloponnesian War, which pitted Athens against Sparta, the play celebrates the extraordinary character of Athens in a manner that is at once robust, lyrical, satiric, and full of ironic resonance.”—Richer Resources Publications

“The Clouds can be considered not only the world’s first extant ‘comedy of ideas’ but also a brilliant and successful example of that genre.”—SMK Books