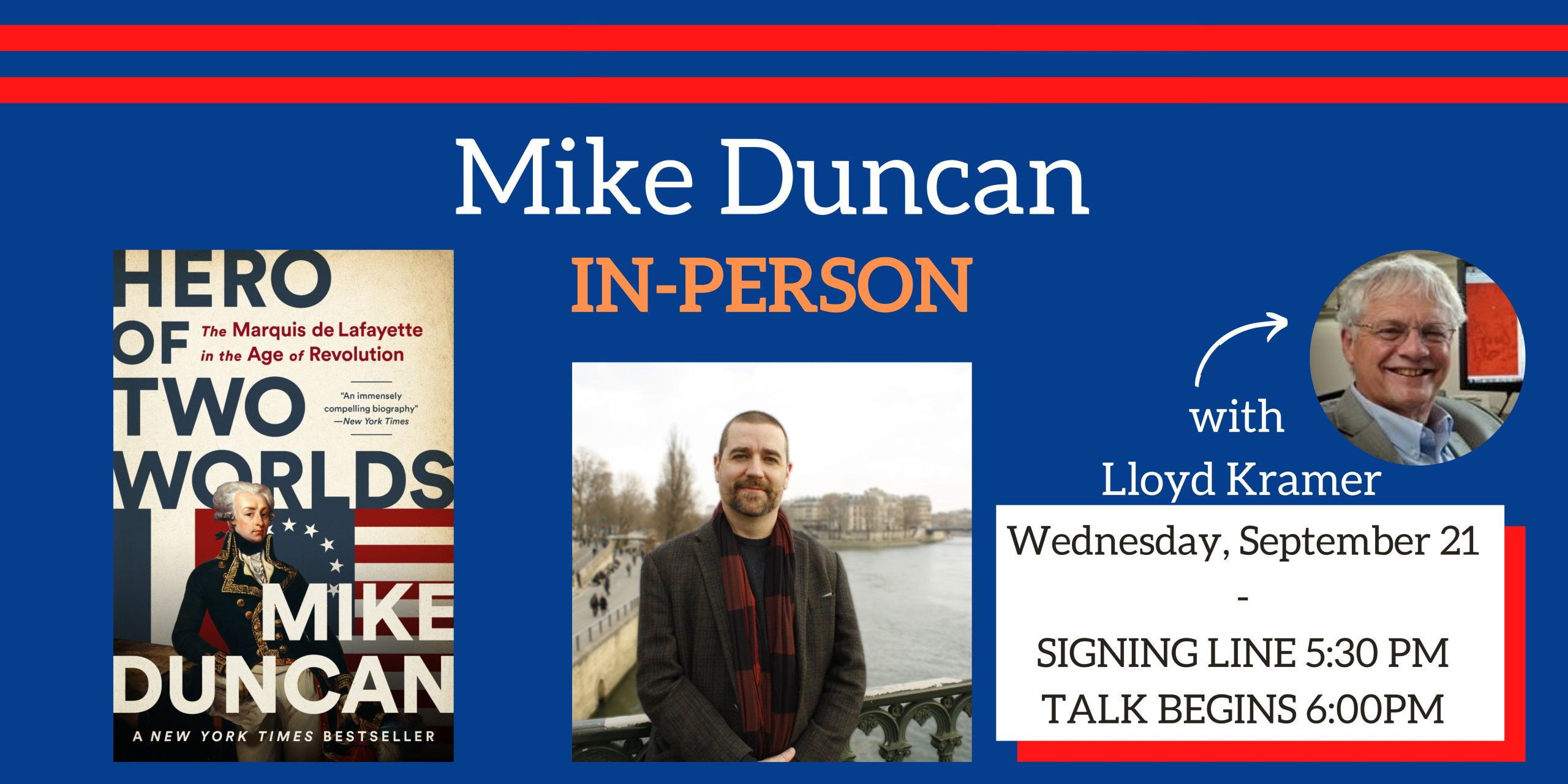 Flyleaf will offer seating for up to 75 in-person guests, with priority access given to folks who purchase the book. Masks recommended.

Few in history can match the revolutionary career of the Marquis de Lafayette. Over fifty incredible years at the heart of the Age of Revolution, he fought courageously on both sides of the Atlantic. He was a soldier, statesman, idealist, philanthropist, and abolitionist.

As a teenager, Lafayette ran away from France to join the American Revolution. Returning home a national hero, he helped launch the French Revolution, eventually spending five years locked in dungeon prisons. After his release, Lafayette sparred with Napoleon, joined an underground conspiracy to overthrow King Louis XVIII, and became an international symbol of liberty. Finally, as a revered elder statesman, he was instrumental in the overthrow of the Bourbon Dynasty in the Revolution of 1830. From enthusiastic youth to world-weary old age, from the pinnacle of glory to the depths of despair, Lafayette never stopped fighting for the rights of all mankind. His remarkable life is the story of where we come from, and an inspiration to defend the ideals he held dear.

Mike Duncan is one of the most popular history podcasters in the world and author of the New York Times–bestselling books The Storm Before the Storm: The Beginning of the End of the Roman Republic and Hero of Two Worlds: The Marquis de Lafayette in the Age of Revolution. His award-winning series, The History of Rome, remains a legendary landmark in the history of podcasting. Duncan’s ongoing series, Revolutions, explores the great political revolutions that have driven the course of modern history.

Lloyd Kramer is is a Professor of History and Director of Carolina Public Humanities (CPH) at UNC, Chapel Hill. He received his PhD at Cornell University and served previously as Chair of the UNC-CH History Department. His research and teaching focus on European history, with particular attention to modern France and the Atlantic world.